As signified by the name itself the entire decade of the 1920s was full of rebellious changes in every other thing and fashion too. The fashion of the roaring twenties was a perfect balance between something very plush yet simple. The period was largely affected by vintage. However, there is a major misapprehension that the women wear of the 1920s were mostly of a short length. As we know the roaring twenties is known as the flapper era in terms of fashion. Thus, the widely popular women attire of this period was the flapper dress. Apart from the flapper stuff, there were several other dresses up options available for women too. However, all dresses were refined and graceful as well as studded with valuable gemstones, rhinestones, pearls, and beads. 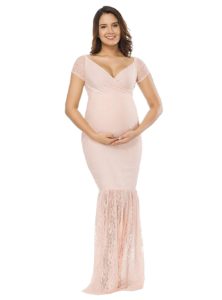 Get this Gatsby dress

Although not much is known about the maternity wear of the roaring 1920s, it can be said that dressing up vintage for the pregnant ladies during the 20s was quite challenging as because being pregnant and breastfeeding your baby back then was somewhat considered a taboo. In that decade, if a woman was pregnant, she was expected to conceal herself and not show her pregnancy to any outsider. She was only supposed to appear in public once she has given birth to the baby and looked fit enough. Since the availability of maternity wear was very less and it was priced high, many women couldn’t afford to buy one. Hence, the majority of women were forced to stay indoors. However, few maternity wear options were available which are discussed here in this article.

The maternity dresses which were worn by the women during the roaring twenties are as follows: 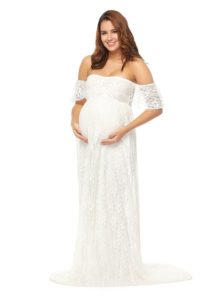 Get this Gatsby Dress

As mentioned earlier, maternity dresses during the roaring 1920s had to take up the challenge of concealing the baby bump. Women also preferred dresses with a deep neckline for avoiding any difficulty while breastfeeding the baby. These gowns have a greater width than the regular ones and also consisted of a fancy tie belt that was convertible according to the bump size. Some of these gowns had a flexible elastic band instead of a belt. The belt or elastic band didn’t end up making the dress uncomfortable at all since both of them were supposed to be positioned above the waist. These dresses were ideal to go with a bow hair tie and a pair of ballerina shoes. This look was the best for the day time or an afternoon party. 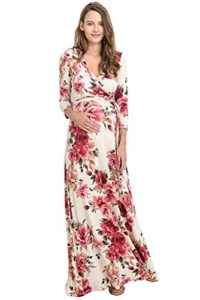 Get this Gatsby dress

Slip dresses were also liked by women because of their loose patterns. Sometimes, such dresses also offered an optional belt, which enhanced the beauty of the dress. It was a drop waist belt, meaning it was meant to be fixed below the belly so that it doesn’t cause any kind of discomfort. These dresses were available in a variety of colours, sizes, and patterns. Some were very simple, whereas some were richly adorned with gems and stones as well as some were decorated with beautiful laces. These dresses were perfect for a random casual outing as well as the adorned ones rightly went for a night party too. 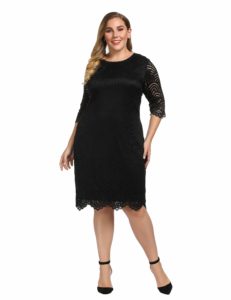 The design of these dresses ended up becoming mandatory maternity wear during the decade of roaring 20s. These dresses comprised of a V-shaped blouse connected with inward buttons. If the woman wearing the dress wanted to breastfeed her baby, she just needed to unbutton the blouse and detach it from the dress with the help of the buttons provided. This dress was also a popular one because it provides better accessibility to the new moms for breastfeeding their babies.

Corsets have been in the trend of women wear for ages now. Although it is not recommendable for the pregnant women maternity corset is here to solve your problems. Not only it provided comfort to the woman wearing it, but it equally added the right amount of vintage look to it as well. A maternity corset without any binding can be easily adjusted to the transformation of the figure of the woman during her pregnancy and can let both the mother as well as the child feel free and comfortable. However, few maternity corsets were available with a belly band which was stretchable enough and didn’t cause discomfort. Several elastic bands, ribbons, and laces made these corsets more adaptable according to the changing figure if the woman.

These silhouettes came with adjustable waistlines which made them easy to be worn as maternity wear during the roaring 20s. They were exceptionally great at concealing the baby bump too. These dresses were generally full length. Few additions such as a flounce, bolero jacket, oversized bows, and long capes hanging downwards from the shoulders or neck to the belly made these dresses look extraordinarily beautiful. These dresses were also available in several different types of prints such as polka dots, stripes, or other floral designs. These prints even played a good role as camouflage in concealing the pregnancy of the woman.

Another great maternity wear option for the women in the roaring twenties was the skirt and top set. The skirts were supposed to be wrapped around and paired with a colour coordinated top with fringes. Sometimes, these skirts were also worn with a blouse. Until the outgrowth of the baby bump, wearing a belt was an option too. The top or blouse had buttons that provided better access to breastfeeding.

Different kinds of maternity wear during the roaring twenties have been talked about in this article. All of them are very comfortable and serve as good maternity wear. You can get this dress at any nearby store. There are many online websites too on which you can find these outfits. They are available in many different bright as well as pastel shades out of which you can choose the one you like. All the dresses mentioned above are dissimilar to each other and are suitable to be worn for different purposes such as some are for the day time and some are perfect for a night party.