Similar to the 1920s, the 1960s was also a decade for the youngsters which means that the people preferred dressing up in a childish and lively way. The days of refined fashion and elegance were over. The generation of the 1960s preferred comfort and affordability over everything else. Street fashion turned up as a replacement for the couture shoe fashion. People started ignoring high priced materials and lengthy life for money-saving use and throw styles because of which women could own a lot of shoes for different seasons.

The shoe styles of the 1960s represented a major transformation in fashion. Big heels were replaced by flat shoes. Some of them had low height square-shaped heels while some had just one Mary Jane Strap similar to doll shoes. Shoes with low heels and flats were considered comfortable and convenient to wear. The price of shoes was low because of the innovations in new vinyl and plastics which further led to the mass production of shoes. There weren’t durable, but that was rarely a concern for the people. Along with new raw materials, a lot of flashy colours came into a trend that matched all the trendy colours that were in fashion in a particular season. The colours were like lime green, sky blue, baby pink, and mustard yellow.

Apart from the basic silhouettes of flat footwear, there were several other kinds of flat shoes and boots which were worn by the women in the 1960s. Let us know about some of them: 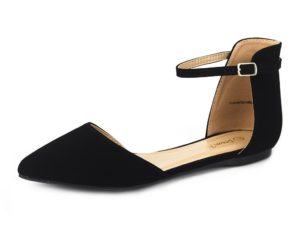 The winkle picker which was popular in the late 1950s now featured a sharp-edged toe in combination with a flat shoe and fabricated the edges look of the 1960s. When worn with mini skirts, it presented an innocent look. The tip of the shoe was elongated till the natural toe line to prevent the foot from getting pinched and bunions. The additional length felt a little awkward to be walked in. But, by the middle of the decade, the size of the toe was decreased to a circular shape resembling an almond. This provided relief to everyone.

Flats were available in all kinds of patterns such as saddle shoes, loafers, moccasins, lace-up shoes, and other shoes with monk straps, mules, wedges, slingbacks, t straps, single straps, and multi straps. 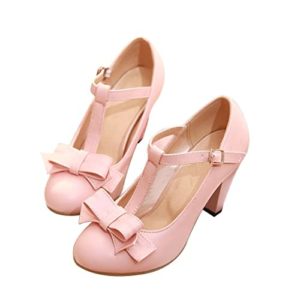 Out of all the heels and flats in the decade of 1960, the years, in the beginning, showcased the revert of the dancing shoe which was famous in the 1920s and 1930s. Featuring a sleek Cuban heel, shaped structure, and thin straps, they made the legs of a woman to look similar to the legs of a dancer. The height of heel differed from two to three inches of pumps to as low as 1.2 of flat heels. This style was one of the handfuls of high heel styles that continued to be in style throughout the 1960s.

What made these shoes even more popular was the doll face appearance of the early 1960s. These shoes were equally cute and comfortable and featured just one strap passing over the vamp, rounded toe, and low Cuban heel. They were generally worn with white stockings as well as a mini dress such as the empire top. This completed the doll look.

The Mary Jane shoes were available in solid shades as well as in dual-tone combinations. Black shoes mixed with white continued to be in trend for nearly 50 years. Nearly any coloured shoe which featured white trim was started to be worn in the decade of 1960s and on darker colours. Straps were thin in the initial years and turned to become broader with thick buckles by the middle of the decade. 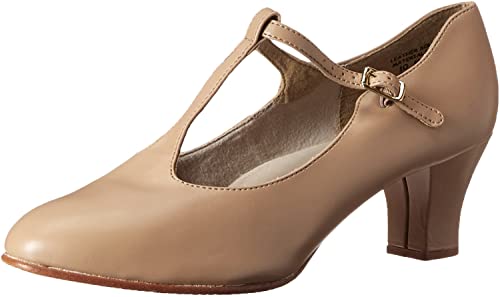 The T- strap shoe returned in trend in the 1960s almost in the similar form S it was in the 1920s. It included a middle-sized stacked heel with a lengthy toe resembling the shape of an almond and narrow T-straps. They came as flats which were ideal to be worn for casual outings. A lot of shoes feature a few art deco patterns on their straps.

However, shoes such as T-straps, pumps, and Mary Janes included cut-outs on their body. Some even carried on with the culture of including shortened flat bows or big colonial-type adornments across the vamp. 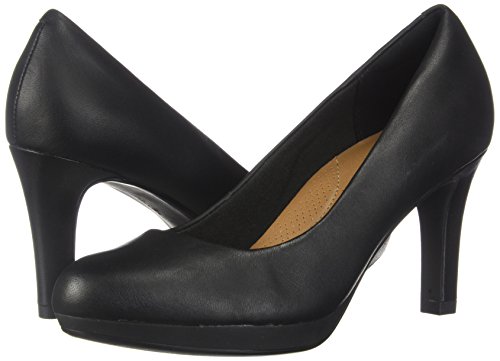 The designers wanted to get rid of getting their toes squeezed in pointed flats and stiletto pumps, so they now welcomed Pilgrim Pumps which was also known as Colonial pumps. It included a long blunt square-shaped toe that looked like the ones worn by men and women of the 17th century. Blunt toe was also known as chisel toe sometimes. It was available for the market in 1960 but didn’t gain much fame till 1965. 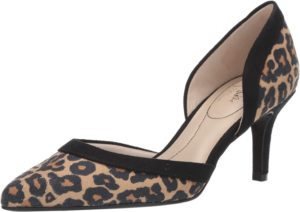 Kitten heel pumps were the most ideal shoe to be worn with the pencil dress that women wore in the 1960s. These came as a replacement to the high heel shoes which were also known as Sabrina Heels. The kitten heel pumps gained more fame as slingback which meant an open toe heel with a single strap that had to be fixed from the back. These shoes were more specifically best for an evening party. 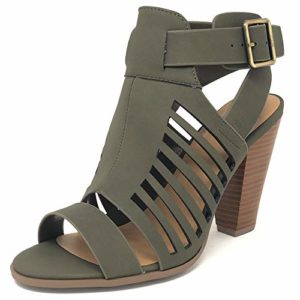 Stacked heels were another kind of heel that gained fame in the 1960s. These appeared similar to thin layered wood stacks placed on top of one another and structured in the form of a Cuban heel. They were not very delicate like the stiletto heels and the kitten heels and this was the reason women preferred them for regular wear.

Boots were largely in trend throughout the entire decade of 1969s. There were different styles of boots such as Go go boots, Cuissarde boots, and many others. Women generally wore these boots with short length dresses and looked potent. Some women even wore very high length boots. These were not very comfortable although but they look very classy and high fashioned. 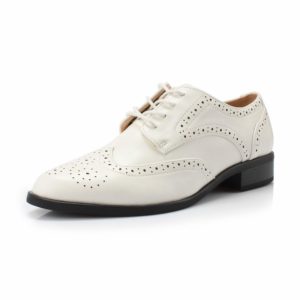 The first kind of boots to be prevailing into fashion was the half-boots. Half boot, half shoe were adequate to get the feet slipped in and were designed in a completely new way. They featured a sharp-edged toe and very low or nearly flat shoes which sometimes rose till the upper part of the ankle. It included a miniature bow or buckle at the top which made it look girlish enough and appropriate to be paired with dresses and skirts. In the winter season, several half-boots were covered with fur or flannel. The earlier trend of showcasing fur at the upper part of the boot was now out of fashion. The winter boots looked alike spring boots, none of them looked big or felt heavy to the feet. 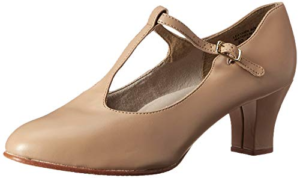 Saddle shoes were the most widely used casual shoes worn by teenage girls and women. Plimsoles, Keds, and Skips were other forms of the sneakers with a flatter sole. They were easy to wear and even easier to be maintained. They were generally paired with ivory white socks and stockings.

As you see, there were numerous options in the footwear that women used to wear back in the 1960s. The entire decade presented the emergence of various styles and patterns of footwear. Women generally selected their footwear based on their dress since the footwear had to match their dress for the perfect look they wanted before going out. However, if you are a vintage enthusiast and want to shop any of these footwear variants, then you can buy them from different online stores. The availability of these shoes is higher online than offline. So, you are assured to find them on a lot of online websites that deal with vintage stuff.