Fashion is an ever-evolving process and never has it ever been stagnant. The fashion of every era brought with it new vigor and newer trends.  Some of the trends made a greater impact than others and stayed on in the market and became styles. The 1960s fashion was no different than this. It provided a newer outlook towards lifestyles and dresses and we are going to discuss some timeless trends that the era gifted us. The main concept was to have fun. If you are someone who likes a retro-styled wardrobe, then here is where you will find the clothes that you would want to add. Read on and choose!

Clothing trends for women in the 1960s

We have some of the top clothing trends that could easily make a 1960s woman the talk of the town. If you are looking for some inclusions to your retro-styled wardrobe then you are at the best place that you be in. Scroll along and see what we have got for you. 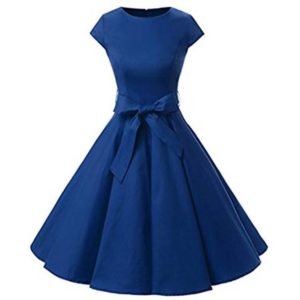 The main motto of any clothing of the 1960s was to bring out the fun in it. Many of the clothing of women were mainly inspired by the clothes of girls. Longer lengths of skirts and a tight-fitting bodice gave them a very feminine look and helped them enhance their curves but in a very elegant and innocent manner. The prints were usually much bigger and brighter. The colours too were meant to be bright and vibrant most of the time. Bobby prints were a common trend back then.

Sheath dresses were initially tight and fitted way too tightly over the curves of the bodies of women. This made them rather uncomfortable to be worn. This was the case in the 1950s, but by around the mid-1960s or even earlier the style of the dress shifted a bit. They gradually started to lack any tailored waistline and became much looser while at the same time maintaining a good fit over the body. These were quite comfortable to wear and became the go-to option for the primary stylish clothing of women in the 1960s. These dresses, however, were best fitted over hourglass figures. This was a drawback as women of all shapes and sizes could not make full use of the dress. 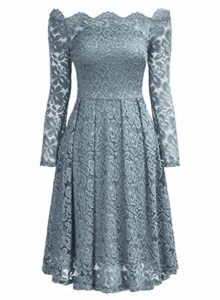 This was a major improvement from the sheath dress which could actually fit all body shapes and sizes and yet was equally attractive. These dresses, instead of the proper waist, fitted around the lower hip. They usually did not have much of a long length and were mostly down up till just above the knee. Darker colours were preferred for these dresses. Another predominant style would have been the choice of the colour white for the dress and a broad belt with a big buckle. Belts were an essential part of clothing back in those days. The shortness of the lengths though did not necessarily mean wanting for sexual attention. The shorter the length of the skirt, the greater was her confidence to be perceived.

A well-balanced combination of bright, bubbly, and flirtatious, this dress has now enrolled itself in the list of timeless classics of dresses. With large or littles bows here and there on the dresses and rounded collars, the jumper dresses made an adult woman look like one of the Barbie dolls of a ten years old girl. Lighter colours such as baby pink were predominant choices for jumper dresses. The dress brought to life the most traditional and conventional idea of society about a woman. The more innocent the dress looked, the better. Polka dots or small checks were a go-to style of a pattern of most of these kinds of dresses. Mary Jane’s shoes would be a perfect fit for a jumper dress. You could wear these for casual outings, preferably for the daytime.

This gave a bohemian outlook to your appearance and gave your clothing a trippy look. This was the main reason why it was later adopted as a classic look by many hippies. Their print was usually abstract and vibrant and had a certain addictive attractiveness. These dresses were usually short and went down up to above the knees. They often had patterns that mimicked tropical elements and bold designs were a predominant choice for these dresses. This kind of style was also found in tops and blouses of the time. These were quite a fashionable turn to the then up and coming trend of earth colours and vibe.

White is a colour that goes with every other colour. The fashion of the 60s made us realise just that differently and stylishly. The dresses we are now going to talk about were mostly A-line dresses made of one plain and solid colour such as green or red or pink and so on. The catch here was the sudden break of the monotone with perfectly white colour. These were professional enough, yet had a very attractive outlook. Along with the collars, the cuffs of the sleeves of the dresses also had a broad white lining. They also often had pockets, sometimes false ones, and that just helped them achieve more of the beauty with brains look.

These became increasingly popular in these times. Tops started to be fashioned in various lengths. For the first time, tops were often worn without tucking them in. They would lie just above the lower hip or just barely cover the lower hip region. Mock necks and silk blouses increasingly governed the fashion market. For evening outings one could wear long or short empire dresses, but the silk blouses could also do the trick for lesser vigorous occasions. Pastel colours were the go-to for the summer season. The shell tops and cigarette pants were one of the most welcomed changes of the decade.

If you want, you can also buy the materials and then make a dress that suits your choice. That would, however, require a lot of effort and time. The 1960s surely were a great time for fashion lovers. It had something for everyone. Starting from the woman who liked dressing up, to the one who did not like much frills or fuss, from the housewife to the confident woman ready to face the world, the fashion of the 60s had a dressing style that spoke for every one of the women out there.