The 1930s was a decade that saw an emergence of different clothing styles, both for men and women. Fashion in that period was a little different from the present times. In brief, the men’s wear in the 1930s included double-breasted jackets for the day, trench coats for the evening, and casual outfits for sports events. The younger men used to put on bright coloured slim suits whereas men who belonged to the older age group wore soft and subtle coloured clothes. While studying history, we can discover that the dressing became very casual and relaxed.

Suits were worn by both the upper class as well as the lower classmen both for the day and night parties. Mostly, men wore knitted suits and woolens for the winter season. And, throughout the summers they wore soft coloured dresses. There was a norm of borrowing clothes from the lower class people and vice versa. However, if you want more information about the men’s wear in the 1930s, continue reading further. 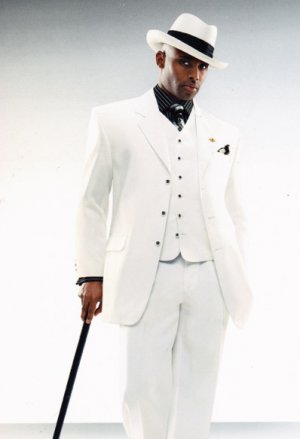 The entire period of the 1930s was noteworthy in the history of men’s style and fashion since a lot of classic forms of men’s clothing emerged back in that decade. The most popular form of men’s clothing in the 1930s was suited. The suits designed in the 1930s reflected an outlook of a bigger torso. Throughout this period, the concept of the bigger, the better was followed. Different kinds of jackets were paired up with different accessories such as shoulder pads for creating the shape of a square. The sleeves of the dresses were made narrow towards the wrist and there were peaked lapels to form a readymade frame near the chest area.

Now, let us take a look at the different types of suits that were worn by the men in the 1930s. 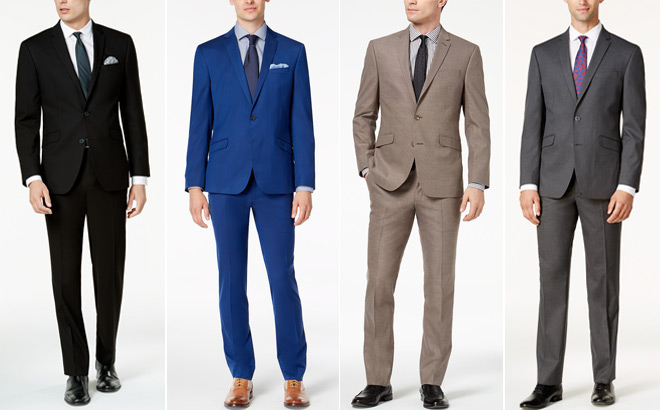 The double-breasted suit is a kind of suit which became largely popular in the 1930s. This was liked by nearly all people representing the elite class. It represented both elegance and authority with full grace. The suit has many unique features which made it stand apart from other suits. Some of its unique features include the front zipper panels of the jacket, multiple buttons, wide shoulders, and peaked lapels. However, the trousers were trimmed full length, which was long enough to maintain a proper proportion with the upper half. 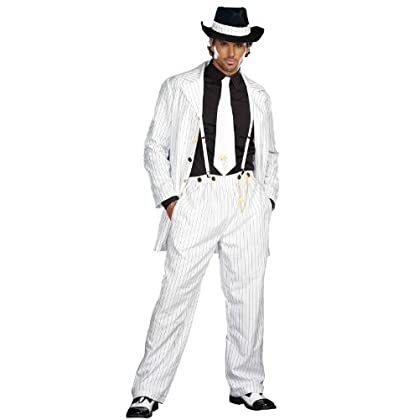 Zoot suit was a completely different kind of style that emerged in 1930. Largely related to the culture of jazz followed in the era, these suits were exceptionally different from the conventional suits which consisted of long and loose blazers. The style created by these suits was quite fashionable, but us was not as serious as the double-breasted styles which gained a lot of popularity in that decade. 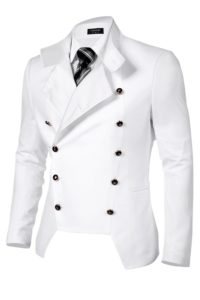 Casual was a relatively used term throughout the 1930s. Many dresses were included under this category. It generally included options such as cotton shirts, formal pants, and jackets on top. Sometimes, many sportswear were also considered as casual suits. The shirts used to create this look were mainly polo shirts.

Now, let us check out some other dresses worn by the upper-classmen of the 1930s.

It is to be known that suits were the most important component of the 1930s men’s wear. Pressed clean with all the buttons down and pinned collars were the basics worn throughout the day and one could avail these dresses in a large number of prints and colours. There was also a surge in the popularity of blazers which were worn with tailored trousers as well as seersucker slacks. Once the weather became a bit cooler, sweaters with a crew neck and lowered V neck were frequently worn by men.

All the outfits were paired up with attractive accessories with statement details, including woolen mufflers, small handkerchiefs with matching colours of hats and dresses. The complete look always looked very elegant, the kind that needed a bit of effort since the pairing of clothes needed a lot of creativity.

The men’s formal wear was dramatic and dark which was either in navy blue or black colour. People started getting attracted to the blue only when the Prince of Wales asked for a dinner jacket at midnight when the sky is coloured blue. The colours of preference largely depended on the seasons. During the winter months, dark and bright colours such as blue, white, and red were preferred whereas the summer months demanded light coloured clothing. Some colours such as brown, dark green, and beige were popular throughout the year.

Swimwear was made up of wool and was designed as a single piece which concealed the complete chest area. It had shoulder straps and a gap for openings for the leg. Swim trunks were short pants worn while swimming in the pool. These became famous with the emergence of elasticated briefs and boxers. Undergarments worn by the men in the 1930s consisted of unfitted underpants along with a vest. Some men wore union suits during the winters, but they were out of fashion. Briefs and boxers became well known with elasticated waists which came as an alternative to snaps, ties, and buttons.

Generally, men in the 1930s preferred wearing a casual shirt over the vest. The shirts were simply styled, mild-colored, mostly grey or white, and had soft stripes. The shirts used to always be flat ironed, which made them even more comfortable to be worn beneath jackets and suits. The collars of shirts were pointed, high, round club, and sometimes wingtip too. The soft round collars were made from linen or runner and used to always be white coloured.

In the 1930s, men wore sweaters that were knitted out of khaki. These sweaters were mostly knit by the women for their beloved. Men used to wear such kinds of sweaters since they were very comfortable and offered a good amount of warmth. These sweaters later came to be known as the alternatives of jackets and blazers. People began referring to these dresses as a sweater coat, cardigan jacket or knit coat. Formerly, the coats used to be dull coloured.

Later, many bright colours were started to be used by the manufacturers of these cardigans and sweaters. They were big, round collared. The collars were of many different colours such as navy blue, grey, maroon, dark green, etc. They were mostly in contrast to the colour of the shirt. For sporting events, stiff jackets were not worn anymore. Instead, pullovers and sweaters were worn which were very soft and flexible. The people who loved skiing wore bright coloured sweaters while going for expeditions.

As mentioned earlier, it is known that men in the 1930s preferred more soft and light-colored clothing during the summer months. However, the light shades were not dull either. They were made to look bright and cheerful. Generally, colours like olive, grey, light blue, lilac, etc. were used. The suits worn specifically during summers were soft coloured with chalk stripes and check patterns. These summer suits were worn while going on vacations to a beach or resort for picnics or different sporting events. White shades represented sophistication. Putting on light or light shaded clothes was generally practiced by the upper-classmen since that meant the person who is wearing the whites is the leader who has the power to hire a servant who would keep their clothes clean and maintained.

That was all about the upper-class men’s clothing of the 1930s. Now let us know what was worn by the men of the working class.

Hence, the fashion of men in the 1930s presented notable transformations because of the beginning of the Great Depression in 1929. There was a reverting back to a more settled economy because more and more variations were seen in the men’s fashion. The fashion used by men was largely influenced by Hollywood and its celebrities too. Men wore many different kinds of accessories depending on their outfits. Accessories were known to complete the look.